The Right to Repair movement has been building up steam for quite some time now. Where once repair shops were unaware of it, many now are ardent supporters of the initiative and see it as a noble and necessary cause.

To understand why the Right to Repair is crucial for the future, we need to know what the movement is, what it stands for, and what it’s fighting against.

What is the Right to Repair?

For years now, companies have been slowly changing their strategies when selling something to their customers. As technology developed and advanced, manufacturing and tech companies began vying for more control of consumer rights. This was in a bid to continue to engage their customers even after they had sold them a product.

In the tech industry, players like Microsoft and Apple became more concerned over piracy, security, and intellectual property issues. Their solution was to have greater involvement in what a consumer can do with their product even after these companies had sold it to them. Along with it came the desire to upsell to their customers and increase their overall returns. It’s why both hardware and software started coming bundled in with add-ons and extra features that needed to be bought.

As time went by, tech companies began pushing products that were harder to repair. Software and schematics that aided in repairs were also held back, citing security concerns. Tech companies developed special tools without which repairs proved to be very hard, if not impossible. All of this was to discourage consumers from getting their devices repaired by a third party. Instead, they would have to turn to the manufacturers themselves or buy newer devices. This is more popularly known as ‘planned obsolescence’ – intentionally making something obsolete in favor of a newer model.

These steps have ultimately made it harder for independent repair shops to survive and for consumers to have repairs done. For tech companies, it means securing their bottom line. But for consumers, it means the stifling of choice, and for repair businesses, it means a grim end.

This is ultimately how the Right to Repair movement was born.

What Right to Repair really is

Right to Repair is an expansive movement that was born out of necessity. It advocates consumer rights for all people. This means the consumers have greater ownership over the things that they buy. It also helps repair shops be viable businesses that can thrive without being suffocated by big tech.

Right to Repair originally came from the automotive industry in a landmark case in 2012 in Massachusetts. The case laid the groundwork for the movement that followed and has served as a blueprint for tackling repairing rights. Every piece of legislation that has been based on the Right to Repair has its roots in it, looking to expand consumer choice and industry growth.

With the electronics industry, things have to be tweaked considerably, though.

Tech companies pose the greater question of security and intellectual property rights. They use such claims to lobby against giving consumers more rights to repair.

Apple has famously stated that consumers are more likely to hurt themselves while doing repairs, which caused legislation in California to be unsuccessful in 2019. So, the complexity of different laws and lobbying from big tech has led to only marginal success on Right to Repair laws in the past few years.

Thankfully, the community has risen and more united on the Right to Repair movement than ever. States like Massachusetts, California, New York, Minnesota, and South Dakota have all worked on bills that they hope to be passed into law.

These laws would ideally safeguard consumer rights and pave the way for the independent repair industry to thrive. And while tech companies have pushed back heavily against change, more people have become aware of the situation, particularly consumers.

Why Everyone Needs to Fight for the Right to Repair

When discussing the Right to Repair, it’s important to remember that we are discussing people’s fundamental rights. But people often forget its impact on the rights and protection of consumers. But since the focus is more towards the kind of rights corporations enjoy, that message gets lost in the mix. Therefore, it’s important to keep in mind the consumer and how they are impacted.

As Kyle Wiens, CEO of iFixit, has put it several times, the Right to Repair is everyone’s right. Working for the cause isn’t just for the sake of the United States but also the rest of the world. To that effect, he created The Repair Association, a coalition that works to secure Right to Repair laws the world over.

Kyle realizes the importance of safeguarding repair rights in the repair industry for a long time. It’s what drove him to create iFixit, and he was smart to realize that the problem doesn’t just exist in the United States alone.

“This is a global thing,” he says. “This isn’t just the United States. It’s not just Europe. This definitely is a challenge that we see around the world.”

Right to Repair aims to provide a platform for more repair shops to join in and have a voice in the greater community. Its success has been far measuring, too, with legislation in the EU passing in its favor. According to Kyle, progress has been made in Australia, Canada, and France as well. This shows that Right to Repair is having an impact on policy globally and is shaping up well.

Today, an increasing number of people have come face to face with repair issues perpetuated by tech giants. Companies like Apple and Samsung limit consumer choice regarding repairs and undercut growth for independent repair stores with their practices. Some have argued that this sort of anti-competitive behavior is fundamentally taking away power from business owners.

“I would like to believe that we have the agency and control over the things in our lives,” says Kyle. “But yeah, increasingly, that’s not true. If you’re a repair shop and you want control over your own destiny, and then Apple comes along with an independent repair provider program offer and says, ‘Hey, we’ll help you out. We’ll give you access to our fancy tools. You just have to sign over all your customer data for seven years.’ That doesn’t feel very good.”

With big tech being investigated for anti-competitive practices and talks of government involvement, it’s no surprise that they would have policies such as this. Most of Apple, Microsoft, Google, Facebook, and Amazon’s success has come from acquiring smaller players. It’s the modern way to do business in an aggressive world, but it seems like the consequences are finally catching up with those tech giants.

Giving more legal rights to repair shop owners and consumers ensures that the repair industry will flourish and that customers will have more options. Therefore, it’s become necessary to have Right to Repair laws pass the world over.

What can be done?

Getting Involved with the Community

Kyle believes that action needs to come from individuals worldwide to bring Right to Repair laws into existence. Both the consumer and the business owner need to convince their representatives that this is what they need.

The first thing to do is get involved,” he says. “Join Repair.org, get involved in the broader community. No repair shop is an island; we’re all in this together.”

To this end, repair shops will need to work with each other and their local politicians to bring about significant change. Since these politicians and community members all break things too and need repairs, highlighting the issue to them is a smart decision.

Kyle notes that to talking to policymakers and community members, local repair shops need to step up. Their support and commitment are going to be instrumental in helping get legislation passed.

“Yeah, this is not something that’s going to happen without the support of local shops. A politician in New York doesn’t want to hear from me. They want to hear from folks who are in their district, from business people. And I think you don’t realize as a business person how much of an impact that you can have. The businesses in the politician’s district really are their lifeblood. These are the people who are voting for him and people who are creating jobs right here at home. That’s important, and the politicians will listen to you.

You might not believe it. I think we, as an industry, tend to be a little bit pessimistic about this. ‘Nobody cares about us,’ ‘I had to lift myself up by my bootstraps,’ ‘I’ve done everything myself,’ ‘I never had any help from politicians, so why would they listen to me?’

They will. Absolutely. They will. Invite them to your shop and show them what you do.”

The Right to Repair movement has gained significant traction thanks to Kyle’s petition getting over 23,000 signatories already, and Louis Rossmann’s crowdfunding efforts. More people are becoming aware of the gravity of the situation and are willing to talk about it online. However, the road is still long for actionable change to take place. The good thing is that the Right to Repair caters to more than just electronics; automotives are also part of the equation.

With steady progress and more community support, it seems like the Right to Repair movement is ready to take on the future. 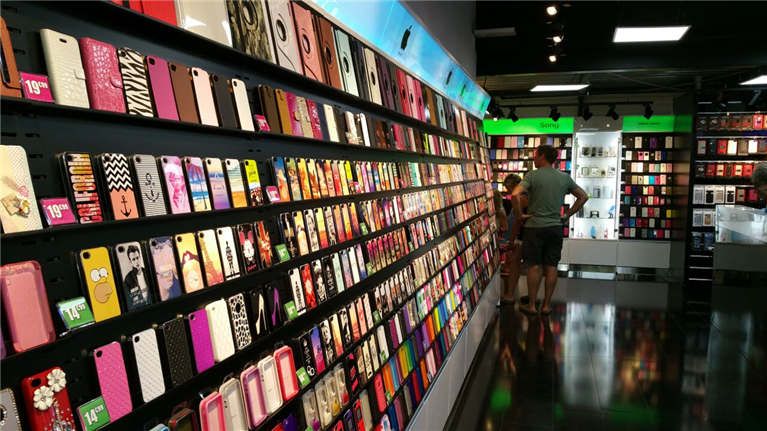 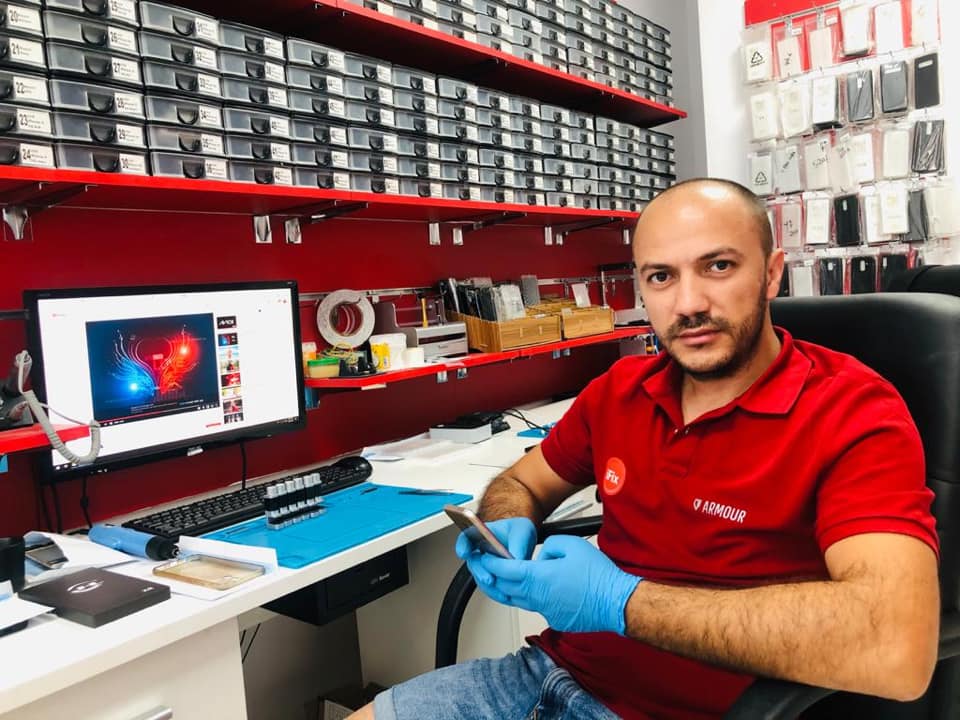